The highly-touted Bryce Harper made his much-anticipated Major League debut Saturday and he did not disappoint. The 19-year old hit a double into deep center and showed off his amazing throwing arm…a small glimpse of bigger things to come.

And while Harper was making his first impression, Topps, the exclusive producer of Bryce’s Autograph cards, was rigorously making adjustments to products to get his 2012 Rookie Card and Autographed Rookie Cards in ASAP.

Here’s what collectors and fans can look forward to:

Bowman Baseball – In addition to having an Autographed Prospect Card in retail and a Bowman Black Autograph in hobby, Bryce will be Lucky Redemption # 2! The card, which will be limited to 100, will feature Harper in the RC design and will include his Autograph. (Stayed tuned for more on Bowman shortly)

Topps Series 2 – Harper will be card # 661, but because of limited timing the card will be short printed. In addition, there will be an autographed variation of this Rookie Card in both hobby and retail (image attached).

Topps Archives – Collectors will find redemptions in both hobby and retail for Bryce’s Fan Favorites autograph (on-card) and the young star will be included as a short printed base card (# 241).

Topps Tier One – 25 redemption cards will be inserted into packs for his “On the Rise” Autographed Rookie Card (on-card).

Allen & Ginter – A&G will include both Harper’s standard and mini base Rookie Cards at the regular rate. The product will also include Harper’s autograph. And for his Red Autograph limited to 10…those can be had by tearing open Rip Cards and finding the “Mystery Redemption” mini!

Complete Sets – Find Bryce’s 661 card, but with an all-new image.

And there’s more! Harper will have Autographed Rookie Cards in the remainder of all Topps 2012 MLB products!

Topps released the final 2012 Bowman Checklist today.Here it is .

Topps has just announced that they will include Bryce Harper’s rookie in 2012 Topps Series 2.This announcement comes on the evening of Harper’s MLB Debut. 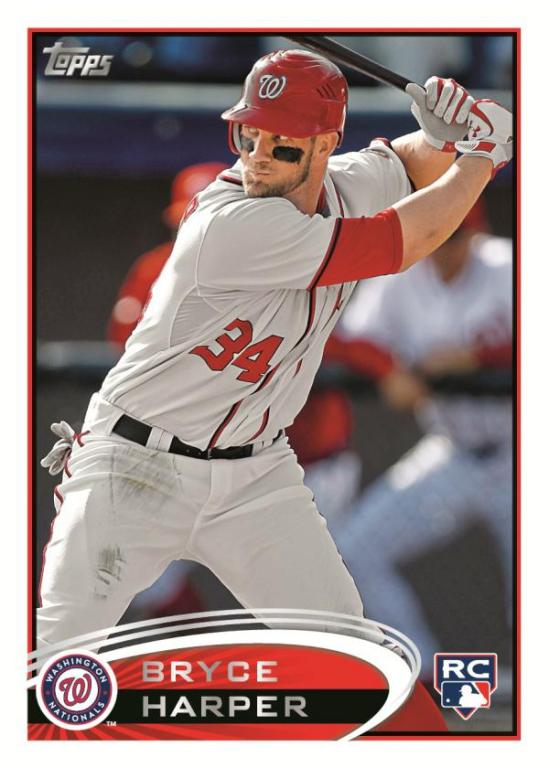 Topps revealed the 2012 Topps rookie cards of Andrew Luck and Robert Griffen III last night during the draft.Here they are foryou to enjoy.

Here are some picture Topps posted as the first round of the draft was happening last night.Enjoy.

Topps released these pictures today for 2012 Bowman Signature Football.These cards picture the rookies in air brushed uniforms which leads me to believe that the base cards will be the same way.Very disappointing in my opinion.

Here are some vintage Topps display photographs.I snagged them from Freedomcardboard.com.I thought the were pretty cool and worth posting up.

It is getting close to the second installment of my favorite set annually.Topps revealed the wrapper for Series 2 yesterday.Here is an image to get you ready for Series 2. 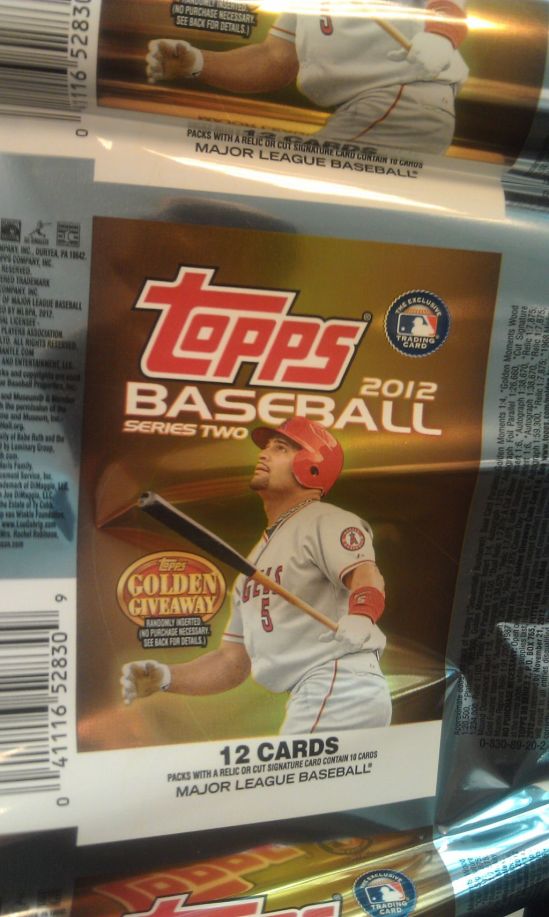 The 2012 Bowman Black Yu Darvish will be inserted in 2012 Bowman Chrome packs.They will be limited in 25 copies.Here is an image of the card. 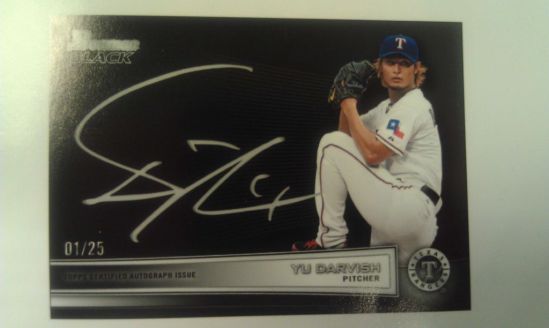 Here is an image of the 2012 Bowman Chrome Blue Wave Refractors that will be included in the wrapper redemption packs. 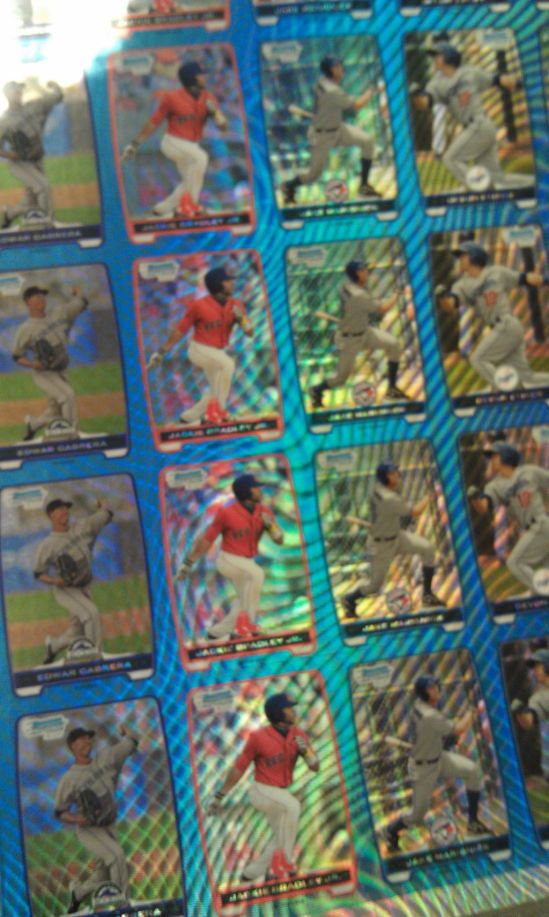